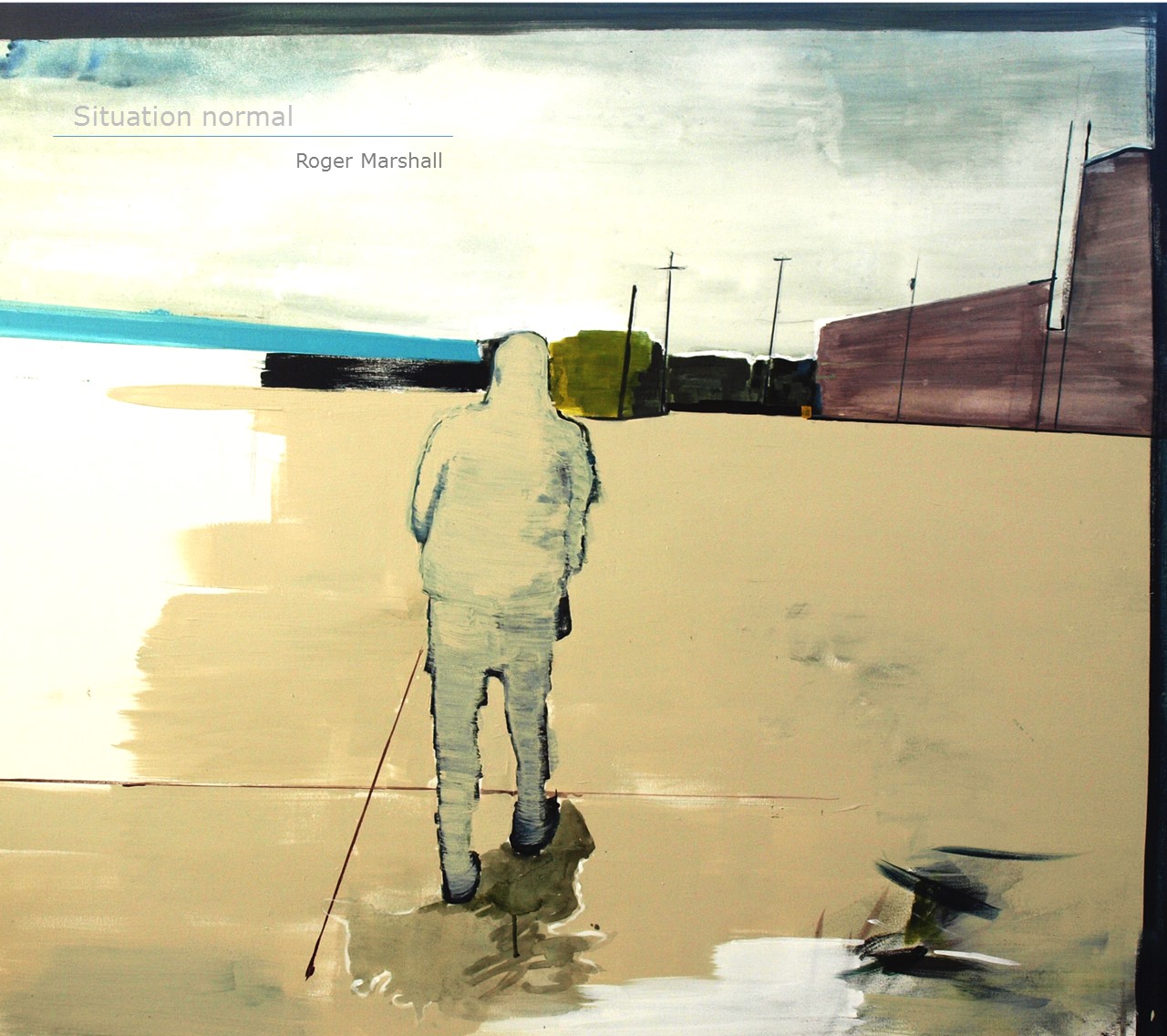 Situation Normal was recorded at Ellamy Studios in Blockhouse Bay, Auckland, engineered by Louis Bernstone. Louis also adds flourishes on keyboards and bass. I asked Shimna Higgins to add violin which she has done beautifully, the outro to Shifting Sands is fantastic, and also some lovely backing vocals. My friend Stuart Grimshaw added brilliant bass on a couple of tracks and two drummers, Jono Sawyer and Adam Toebeck added perfect drums.

The military acronym SNAFU is obviously where Situation Normal comes from. I am generally pessimistic, seeing the world in a mess, especially an environmental one. Lifeblood is about the catastrophe of the Aral Sea. Last One Alive is the last living northern male white rhino. Since writing the song and making the recording he has died. So the "sad old day" has, inevitably, come to pass.

Shortly before recording my beautiful sister Hilary became sick and passed away; the album is in memory of Hilary (1952-2016).

The art work of the cover is a painting by my son Jack Marshall. The original canvas, which is 120 by 105 cm hangs, in my house.

Review by Amy Maynard in NZ Musician. "It is not often that you stumble upon an artist who makes you stop and listen, really listen openly and wholeheartedly to every word, every phrase and every breath. Roger Marshall's new album does just that, making Situation Normal anything but normal". Full review here

Reviewed by NZ Graham Reid of Elsewhere "..he has a voice and a vision which is all his own . . . These are sharp, observational and thoughtful songs of experience."

See You When I See You

Woman In The Mist

Video for "Last One Alive"