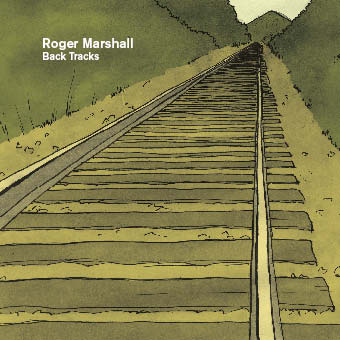 "Back tracks" is a collection of songs recorded by myself at home sometime in the 1990's and early 2000s, with help of a 4-track Tascam cassette tape recorder and an archaic Roland drum machine on a few songs. Actually the Roland does a reasonable job, "Vacuum" has a nice grove to it. Some later songs may have been recorded on my first early desktop. I like "Edge of the rim", written when it cost a lot of money to just make a phone call to UK and I missed my family there. I like "The Amnesiac" with its a messy doubled-over guitar riffs and "Maintain", sometimes covered by Joe. "Hanging 'round the planet" was a 50th birthday song ("eighteen thousand a few hundred days" in 2000!). "Squandered love" is a bit fraught but I guess it has a nice tune. "Sinking feeling" has re-appeared as "Out to Sea" on the Over There CD and "Just a Man" has become "Man" on Imaginary Lines. Listening now I think I prefer the earlier versions, especially the guitar riff in "Just a man"!

Hanging 'round the planet

Falling through the night

Where it all began

Edge of the rim

Break in the clouds

Lyrics of Back Tracks songs